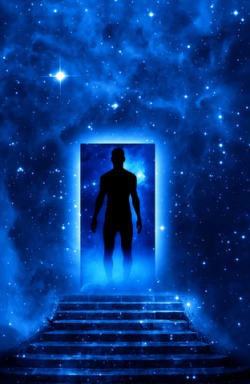 It's important to understand that spirituality is religion-neutral.  All messengers of God, incarnations and saints (e.g., Christ, Rama, Krishna and Buddha) have spoken about spiritual enlightenment. These saints, incarnations and prophets spoke in different languages at different periods in history and in different countries, but they all spoke about the same truth: The truth of the spirit within us and the need for human beings to gain enlightenment; they all deemed it the ultimate goal of a human life. But whether they intended the formation of so many different religions and the resulting man-made conflicts and confusions about God (who is ultimately the universal all-pervading power) is debatable.

The intellectual maturity and ability of human beings to understand the profound concept of Self-Realization or spiritual enlightenment varied across the ages. The evidence of that can be seen in the fact that many incarnations or saints were tortured or ridiculed for the messages they delivered. Often, it took several centuries for the world to understand and believe their message.

Instead, human beings misinterpreted the messages of these saints and prophets and went on to form divisions amongst themselves based on their interpretations of these prophets' teachings. This divisiveness nurtured and perpetuated unnecessary hatred for other saints or prophets, even though they were, in fact, speaking the same message. The human ego emerged. Human beings decided that one form of God or teaching was superior to another and assumed that only their opinions and interpretations could be the right ones.

The essence of every religion, however, continues to be the same and can be found in scriptures of every religion if one only makes the effort to really go study and understand the true messages of each scripture. All of them spoke about the inner self and how it must be awakened.  All of them spoke about the emancipation of human beings and improving the quality of human life.

In short, religions are man-made structures. Spirituality is the absolute truth that transcends all religions. The inner energy, spirit, energy centers and the entire subtle energy system are found in all human beings, regardless of religion, socioeconomic class, nationality, gender or age. Across the ages, different incarnations emerged to speak of this higher truth, rather than encourage human beings to form religions. There is no conflict between their messages or between the gods and goddesses whom different religions follow. The conflict lies in the different interpretations of their messages by human beings.

Most of us have an origin within one religious sect or another. But every human being can attain enlightenment, and without belonging to any particular religious faith. In other words, it is possible to go directly to the source of the truth without getting caught up in any elaborate wrapper of religious beliefs.

One can still be spiritual and attain the highest state of awareness and knowledge without being "religious;" that is, devoted to a specific creed, set of religious beliefs or rituals. A simple recognition of the all-pervading power and a strong desire for spiritual enlightenment is all that one needs to become spiritual.