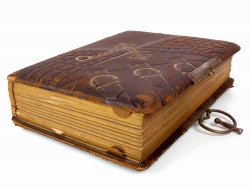 So, you say that Gods are spiritual, how about scriptures (Bible, Quran, Gita, Vedas etc..)?

This is a tough one. First, the Gods and their teachings and messages to human beings were entirely true and fully spiritual. Nearly all of them spoke directly or indirectly about enlightenment and improving the character and personality of human beings. The scriptures were meant to document these teachings or truths about spirituality. To the extent that scriptures were able to capture the real truth and essence, they are spiritual. However, as with religions, scriptures, too, began to become diluted and inaccurate over the ages. Man-made conceptualizations, demarcations, limitations, etc.. crept in. In fact, some negative anti-God elements also found their way into some scriptures, pushing people even farther away from spirituality.

So, it's difficult to answer the question of whether scriptures are spiritual with a generic Yes or No. To learn the truth, you'd have to examine the individual messages of each scripture or book. Chances are, many or most contain a lot of real truths and spirituality. For example, the ancient scriptures, the “Vedas,” mention that it’s the Spirit that is important. It's also important to note that the Kundalini and seven chakras are clearly described in the Vedas.

Is following the scriptures religious or spiritual?

One must identify, understand and follow the true messages and truths presented in the scriptures, rather than worship the scriptures themselves. Certainly, you can argue that human beings don’t know what they don’t know; thus, how can they accurately identify "truth" and assess their true level of understanding?

There is a way. One must first focus on the actualization of spirituality, i.e., the inner energy awakening and the actual experience of spiritual enlightenment. Then armed with the inner knowledge and “a well-lit house,” one tries to understand the scriptures and finds that the process of identifying and understanding the real truths actually becomes quite easy — the truth will become crystal clear. However, without spiritual enlightenment, trying to understand the scriptures mechanically or mentally, etc. can only make one religious, not truly spiritual.